We provide an opportunity to enjoy our special home

Be the first to choose a new life

This is not the first year of domed house builders in Lithuania, but most of them build expensive frame houses. However, we will talk about construction from polystyrene foam – it is also a building material and at the same time thermal insulation.

The foundation itself, i. wall-roof (sphere) is collected in 2 days from the prepared parts – expanded polystyrene. The construction of a particularly highly qualified house is not required if the consistency of the work is observed. When there is a specific plan – a project – the house can be completed within two months from the very beginning of the work (from excavation to turnkey). The building can then be operated immediately.

·   The dome is the most perfect architectural form that is worth exploiting and adapting to our needs.

·        The planets are spheres, but not cube-shaped. Nature placed life in the egg-sphere, but not in the cube. The spherical form originates from nature: such a form is the smallest particle of life – a cell, because it is the most perfect form in terms of its strength, connection with the environment.

·        Building such houses saves wood, as such construction requires them minimally.

·       Due to its shape, a large space is felt, the ceiling is higher than usual. Living in such a house, a person will not feel constrained and “pressed” by the walls.

·      Dome houses are built of expanded polystyrene and reinforced with reinforcing nets, can be decorated immediately after reinforcement, construction is very fast, and does not require the full range of materials that are necessary for traditional construction.

·         The construction of a domed house does not require a roof and other frames, separate insulation, etc.

·   The building has no corners through which most of the heat is lost. It is much easier to heat a sphere because it works like a thermos.

·   Dome houses are easy to connect, thus expanding the living space. The connection of the two domes takes place through the corridor, so it is easy to connect or build an additional dome later.

I want to start now 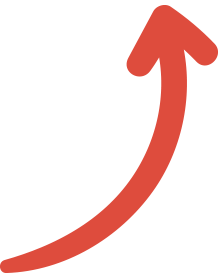 Get a personal consultation. We will contact you within 24 hours.

* Your contacts will not be used to send spam … *